Guiding Hosts to the "Next Event Campaign"

Set a "Next Event Campaign" so that after your volunteer hosts an event they can set their next one up.

Written by Jess Matthews
Updated over a week ago

If your Event Campaign still has more than a week left and you've allowed hosts to host multiple shifts, then we'll automatically ask the host via SMS the next day if they'd like to add another shift a week later at the same time. Around 1 out of 10 hosts asked this say yes.

And if your Event Campaign runs for long enough, we'll even ask if they want to host it weekly for the next month. Around 1/2 hosts ask this say yes to this. 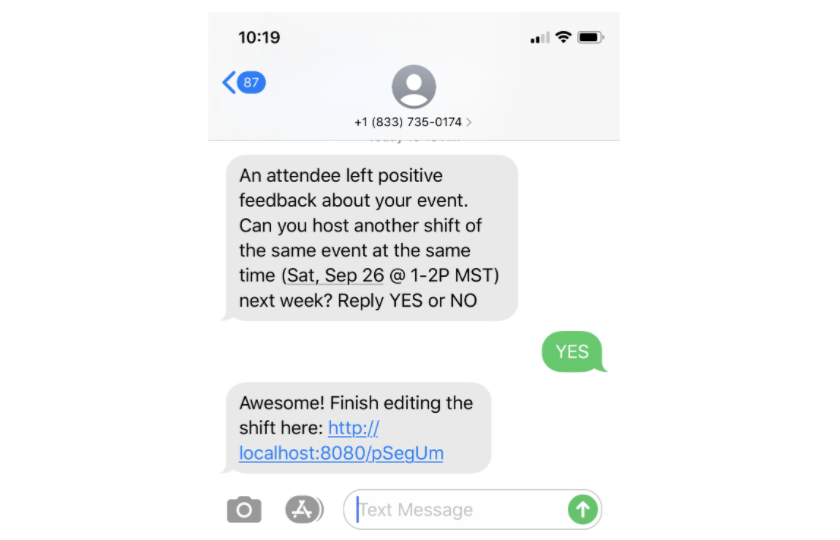 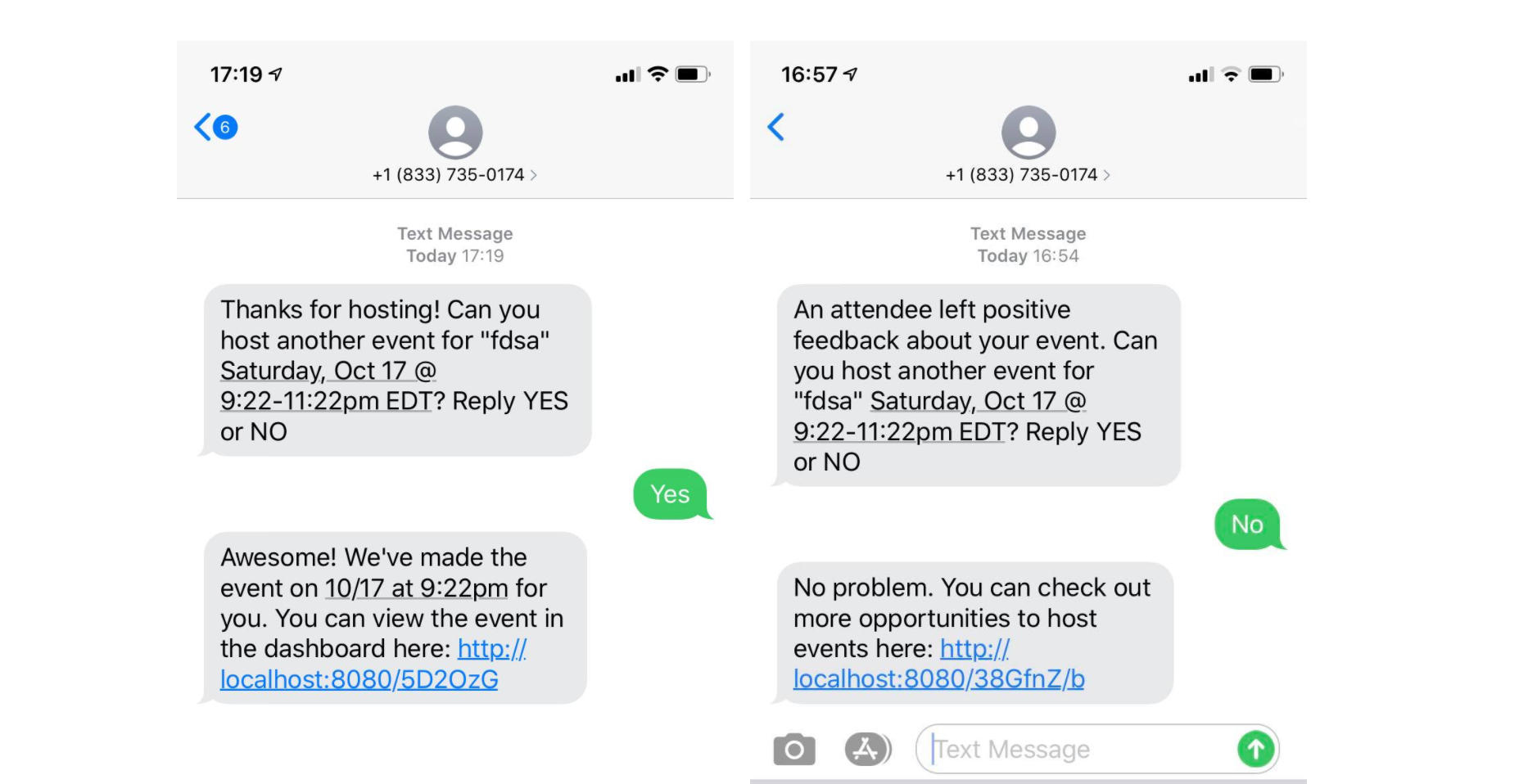 a) Timing of the Next Event

One day after the event, hosts will be sent a message asking if they’d like to host an event for the “Next Event Campaign” at a certain time/day. The time/day are chosen by:

b) Details about the Next Event

If the person says YES then we’ll make a new event for them in the “Next Event Campaign”. By default, we’ll copy over most of the details of the previous event (location, private details, etc…) into the new event. The exceptions are:

Did this answer your question?